We are a Licensed and Bonded Automobile Dealer. We handle blue-chip concours cars to newer collector cars. We have specialists that handle each genre. More and more first-time collectors are wanting to deal with individual dealers so they can perform their due diligence on a car and build a rapport with the person from which they are making the purchase.
We, at 1thirtyone Motorcars, take the headache out of selling your car.

1thirtyone Motorcars can source any vehicle, foreign or domestic. We will help you establish a criterion and help you to set a realistic price range and we will review it with you to make sure it is realistic ask for the vehicle. 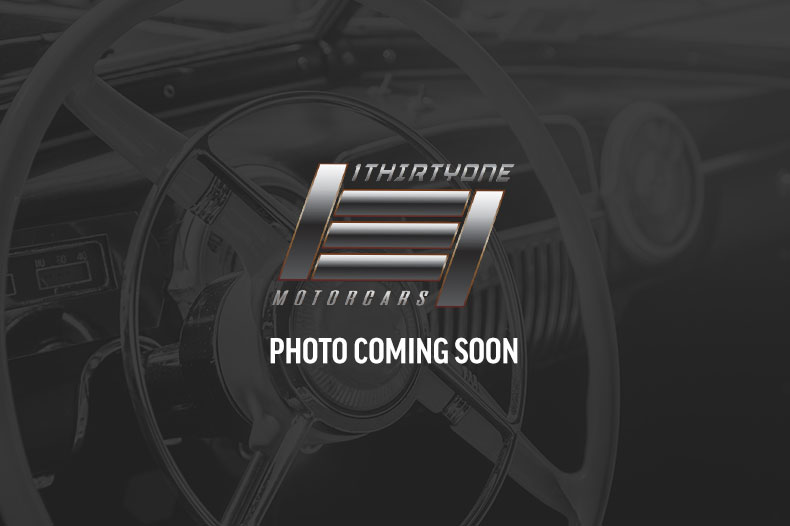 Co-Owner and General Manager of 1thirtyone Motorcars, Aaron brings more than one decade of experience in helping clients to build and/or diversify their personal car collections.  A certified NCRS Judge, he also serves on the Board of Directors for both the Collectors Xchange Vehicle Auction and the Turtle Invitational.  Aaron earned his Bachelor of Science Degree in Mechanical Engineering Technology as a 2006 graduate of Texas Tech University and enjoyed a thirteen year career as a successful project manager and engineer based in the DFW area.  A native of Odessa, Texas, Aaron now lives in Fort Worth, Texas where he enjoys spending time with his wife and children. When not around automobiles, Aaron enjoys fishing and golfing.

Controller of 1thirtyone Motorcars, Kacey is the manager of all administrative office projects including marketing, financials, and budgeting.  Kacey’s corporate experience in the clothing industry, working with major corporations as a merchandise planner, buyer, and allocator, has provided her with the management skills that serve as a strong foundation for her role at 1thirtyone Motorcars.  Raised in Midland, Texas, Kacey resides with her husband and children in Fort Worth where she serves as a liaison for her family’s Midland-based oil and gas company, manages the family’s real estate interests and volunteers at her childrens’ school.

Director of Projects at 1thirtyone Motorcars, Roche was born into a car enthusiast family and has continued this passion throughout his life. He began his professional car career in his hometown of Midland, Texas, in 2005 when he started MadHouse Fab and Auto, specializing in suspension and drivetrain installs and repairs while also performing custom Jeep and other 4 wheel drive builds.  In addition to MadHouse, Roche served as a Firefighter and Fire Fleet Coordinator under the Midland Fire Department for fourteen years.  He is Emergency Vehicle Tech (EVT) certified and has held ASE certification.  Roche’s love for cars has continued as he builds his personal car collection. He loves to attend car shows and baseball games in his spare time. Roche also enjoys camping and kayaking with his family, which includes his wife Mandy and their two sons. He and his family now reside in the Fort Worth area.

The form was submitted successfully!